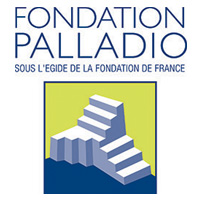 A PHILANTHROPIC PARTNERSHIP WITH THE PALLADIO FOUNDATION

Groupama Immobilier, a major stakeholder in the construction of cities and the environment of everyday life, is backing the Palladio Foundation.

The outcome of an original initiative by real estate companies that now brings together all industries and professions involved in urban development, the Palladio Foundation was created in 2008, under the patronage of the Fondation de France, to serve the public interest and address the challenges of building the city of the 21st century. The foundation brings together elected representatives, researchers, investors and industry players to invent the city of the future. By sharing the views of decision-makers and experts, students and professionals, doctoral researchers and operational players, each of the foundation’s actions contributes to the process of questioning, opening new perspectives and enriching each other.

In 2017, Groupama Immobilier is already involved in: